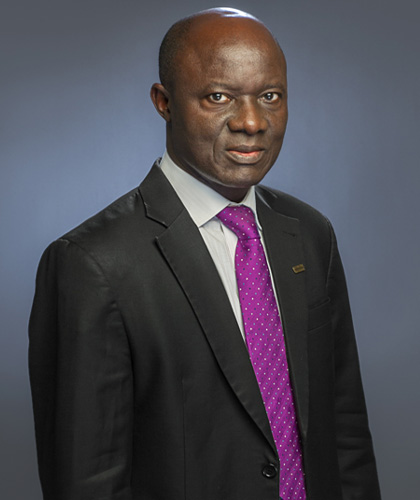 He has extensive work experience from several organisations such as Societe General Bank, where he was the Head of Final Accounts; United Commercial Bank in a corporate banking role; Vice President in Fundcorp Finance and Securities; and as the Financial Controller in Wood Industries Limited. He had a stint as the Head of Operations in Primrose Savings and Loans before joining Owofemi Alamu & Co. as Managing Partner.

Samuel joined CSL in 2001 as the Financial Controller and rose to become Head, Control & Compliance. In 2013, he was appointed Managing Director of FCMB Trustees Limited.